Finally, I have also the documentation ready...
For my old Z80-Computer (CPM/RTOS/DOS), there is not any emulator, the emulator to the Am188ES-Board only runs with an ISA-card(ISA - is there still this ?), the Rabbit3000 processor on the Rabbit3400-board takes on IO-access /CS and /RD absolutely simultaneously to high-level, which doesn't get along with some IO-contollers, and with the MCB517-board I am not content with the Keil-monitor.
Therefore what lies there near than once again to draft a new development-board for the miscellaneous IO-modules. So it goes on the search of a small processor (I simply don't like the big thinks for such projects) that at the best immediately a debug-interface (JTAG) offers, a 8-bit IO-bus, whose timing is uncritical, that doesn't possess many unduly pins, is known as stable, works with 5 volts .....

So, the question still remains - buy or make.... I know, make is always somewhat more expensive. But already with the first boards appears fast - "Something is always". So, I don't need any analog inputs, no properitaer memory-mapping of 128kB RAM or bigger, no buttons, no "Tinker"-pins, no audio ...
I would have gladly immediately the latch, the external RAM, the IO-dekoder etc. on the board.... but - gives not!
So, only the second variation therefore remains - does it self!
The result is presented subsequently. I used following ISP and JTAG pinning:


Following ISP- and JTAG- adapters I use, and can I partially recommend:


Actually I use the ere ISPAVRP2 only in order to renew Olimex AVR-JTAG and ere JTAGAVR by means of the JBUILD-Adapters the firmware of this In Circuit Emulators because unfortunately these are no more after one while responsive and the firmware then must be played in again. To it recommed itself PonyProg together with the AVR-Studio. This effect clearly more frequently appears on that occasion with the ere JTAGAVR - why also always...
The two USB JTAG adapters are really a good idea - however at present I still fights on both with some strangeness. Not only that they will not bring a speed-up, often the AVR-Studio can not find the adapters and, since AVR-Studio 4.12.490 SP3, they will reports as "an older firmware was found", without the chance to make an update (unsupported hardware) ...
By all means ones is recommended for the USB JTAG adapters - transparent heat shrink sleeve. I have it done and now, the small board is protected when touching!


And here some additional AVR - links: 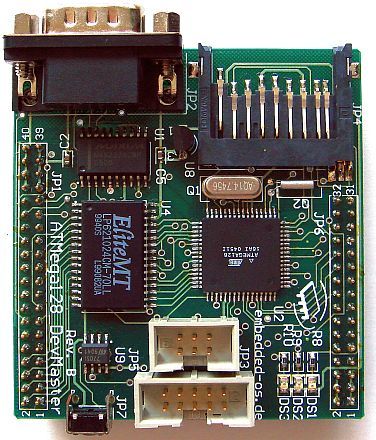 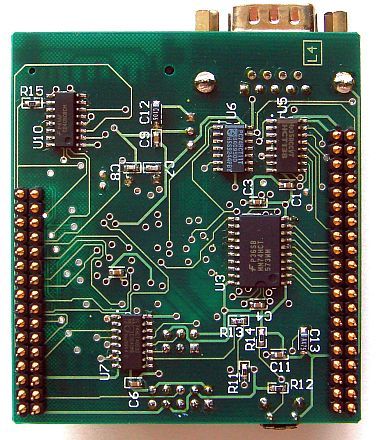